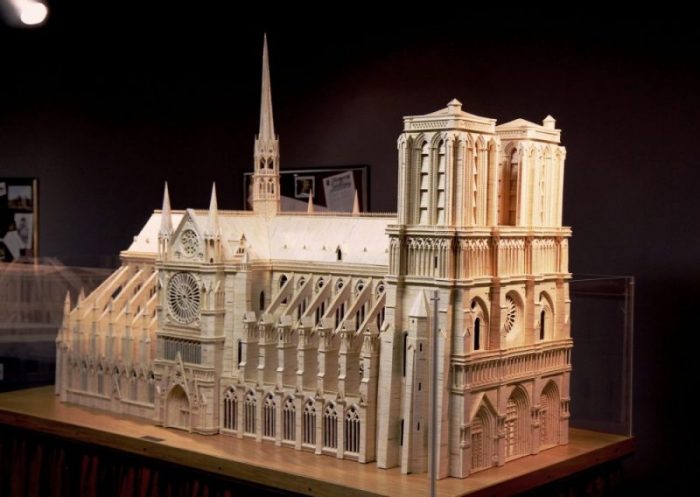 Construction started on Acton’s matchstick model of Notre Dame cathedral in August of 2010 and was completed 4/1/12. The model took 298,000 matchsticks to complete. Acton identified Notre Dame as an interesting subject for Matchstick Marvels almost ten years ago, but until recently he could not find information necessary for him to build the model to scale. Although not his biggest model, Acton says this is the single most detailed structure he has made. The model will be on permanent display at Matchstick Marvels beginning 4/7/12. 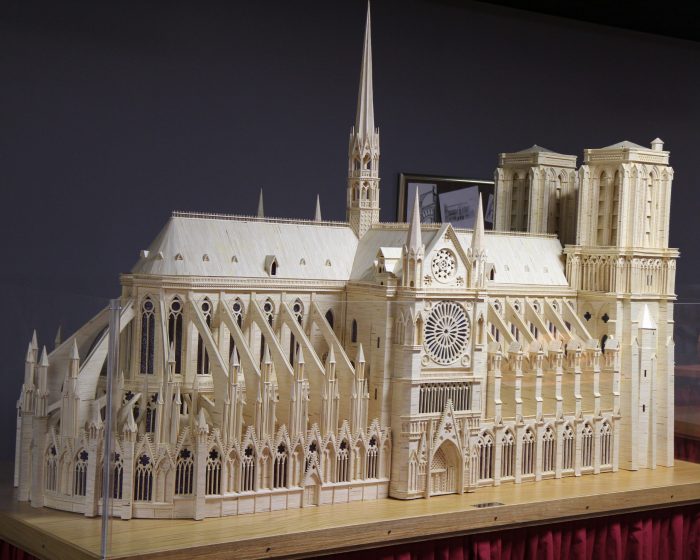 Construction of the real Notre Dame de Paris began with the Apse and the Choir in 1163, which was completed before the Transept, Nave, and finally the West Facade that was finished 87 years later in 1250. Four different builders (Architects) directed the project during this 87-year period, leading to the different styles seen in its construction. Additional decorative work continued on the cathedral through the 13th and 14th centuries before the magnificent building was “completed.” Major restoration work was also done in the 17th and 18th centuries. General maintenance and restoration continues every day in Paris.